Based on his work producing theatre videos for his own Call-Back series, Geoff was commissioned to produce a theatre documentary video series for the acclaimed Baldwin-Wallace College Music Theatre Program led by Victoria Bussert.   Beginning in 2009 on the very first day the in-coming freshman class of 2013 met for the first time, Geoff produced this series that followed the stories of the extraordinary students and teachers of this music theatre program for all four years of their college theatre journey.  The series was called STAGES: Stories from the BW Music Theatre Program.  STAGES gives viewers unprecedented access to this exclusive program that draws the very best talent from around the country to this small private college in Berea, Ohio (just southwest of Cleveland). Graduates of this program often go on to careers on Broadway. Learn more about Baldwin-Wallace College at www.bw.edu. 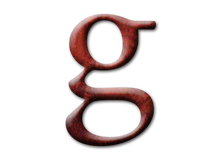